North Caicos is the lushest of all the islands because of the abundant rainfall. The population is around 1,400, mostly people live in the settlements of Bottle Creek Village, Whitby, Kew and Sandy Point. Bottle Creek Village borders a lagoon on the northeast of the island, and is protected from the ocean by a long ribbon of sand.

Recently, North Caicos has undergone a development transformation, with several luxury resort properties underway. Blessed with the same white sandy beaches as its neighbors, it is evolving as a ‘getaway’ from the more developed Provo. 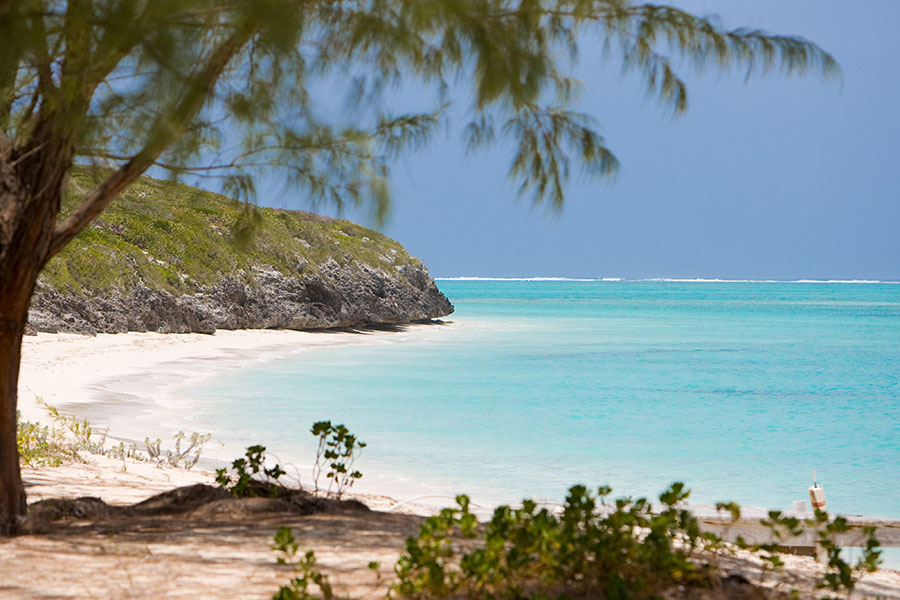 The Island commonly referred to as the ‘Breadbasket of the Turks and Caicos’. The island is a 30 minute ferry ride from Providenciales which makes the island popular for day trips or dual vacations. Tourists can lobster dive with local fishermen in the tranquil waters, kiteboard in Bottle Creek or explore places of interest such as Flamingo Pond, Cottage Pond, and Wade’s Green Loyalist Plantation, among others. The island is well known for its lush tropical vegetation, agriculture and pristine beaches. Take a visit to the island’s farms where agriculturalists expertly harvest a number of crops such as callaloo, plantain, okra and sweet potato that are sold throughout the Turks and Caicos. Wake up in paradise and enjoy the scenic views, unspoiled beaches while sipping on fever grass or moringa tea, just two of the locally grown, herbal blends.

Things to do in North Caicos?

North Caicos boasts the largest flock of Pink Flamingo in the islands. There are Loyalist plantation ruins, the grandest of which is Wade’s Green. Lucayan artifacts were found in the caves near Sandy Point. Cottage Pond on the road to Sandy Point is a large pool of tropical vegetation. There are flocks of Flamingos at Flamingo Pond and Mud Hole Pond. You will find ospreys and their nesting sites on the adjacent Three Mary Cays, and a wide variety of other birds on the islands extensive nature reserves and sanctuaries. Iguanas on the nearby East Bays Cays are an outstanding example of the natural diversity of this green island. Crafts such as straw-work are still practiced on this island which is widely known as the “Breadbasket of the Turks and Caicos Islands” or the “Emerald Isle”.

Fine sloops were built to transport the crops from the extensive farms located close to the settlements of Bottle Creek, Whitby, Sandy Point and Kew to the other islands. Less farming is carried on now-days but the Government farm in Kew still produces tomatoes and cucumbers available on North.

How To get there?